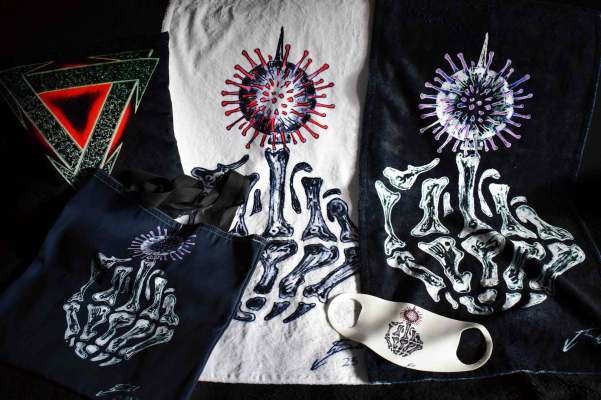 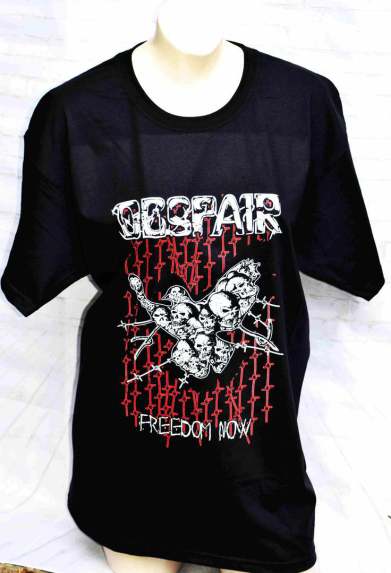 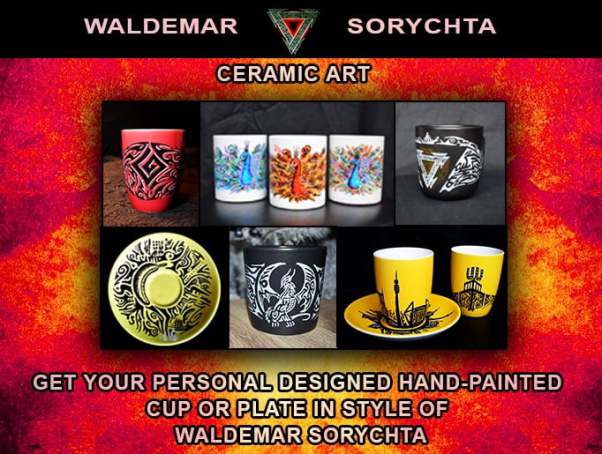 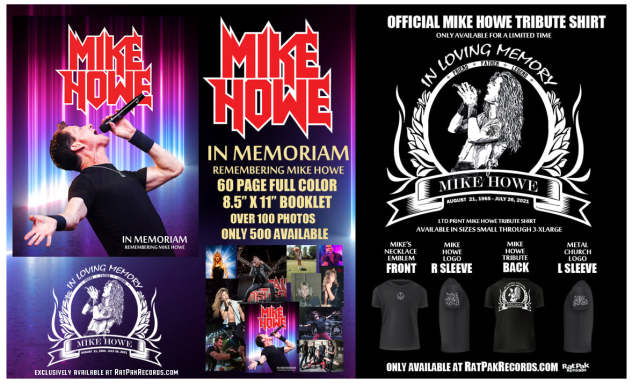 PSYCHOTIC WALTZ regretfully announce end of touring, effective immediately.
Progressive metal veterans Psychotic Waltz have announced, effective immediately, the end to any future touring for the band. This includes the cancellation of dates planned for May of 2023 in Germany, Greece, the Netherlands and a performance at this year’s Rock Hard Festival in Gelsenkirchen.
Read the band's statement below:
“It is with a heavy heart that we have to withdraw from any and all future touring. The reason is simple but justified: the toll it puts on our guitarist Brian McAlpin, who has been confined to a wheelchair most of his life and for whom travel at our level is not just uncomfortable, it’s physically detrimental. The last few tours caused painful complications that took him quite some recovery time, and we are not willing to put him through that again.”
“At our level of touring, it is not possible for us to provide Brian the things he would ideally need – we can’t afford to tour in a nightliner, we have to fly Coach, we often have numerous connections on little sleep, and the personal toll it takes, and the health complications is impossible to justify any longer. Therefore, we have no choice but to cancel our forthcoming dates and any future activities. When the band reunited in 2010 with the original five members who first started playing together as Aslan in 1985, we did so because it was fun, and the spark from the early days was there. It still is.”
“It would have been possible to fulfill our upcoming dates with a replacement guitarist, something we had done at shows in the 1990s before our first breakup, but it didn’t feel right doing so this time. It’s all for one, one for all with the band as far as we’re concerned. It’s not about money, it’s personal, and no man gets left behind. We apologize to those of you who bought tickets or were looking forward to seeing us later this year, or beyond, but this decision is for the greater good.”
“That said, this does not mean the end of Psychotic Waltz. We are already in discussions about doing another album, a follow-up to 2020’s The God-Shaped Void. We are working at this very moment with our label InsideOutMusic on putting together re-releases of our first four albums before the end of the year, including deluxe editions of each with previously unreleased material. And most importantly, we all get along. We value your dedication and support over these many years and hope you can understand and respect our decision.” 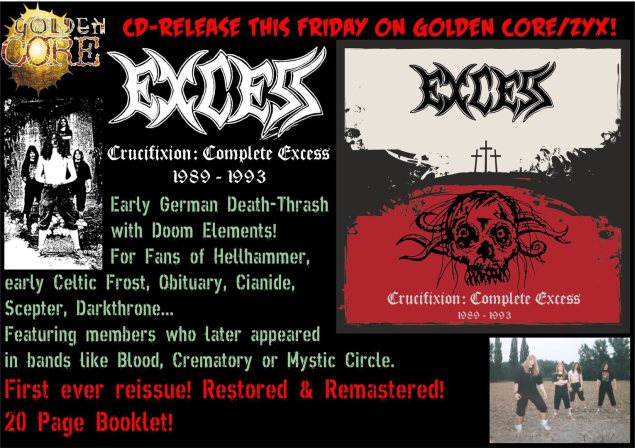 E-Force - looking for shows in Germany 2023 know of any promotors,agence whom might b interested ? Merci Wolfgang www.eforceofficial.com

still need April 1st in the Nuremburg area, or somewhere else on the way home to Czech! 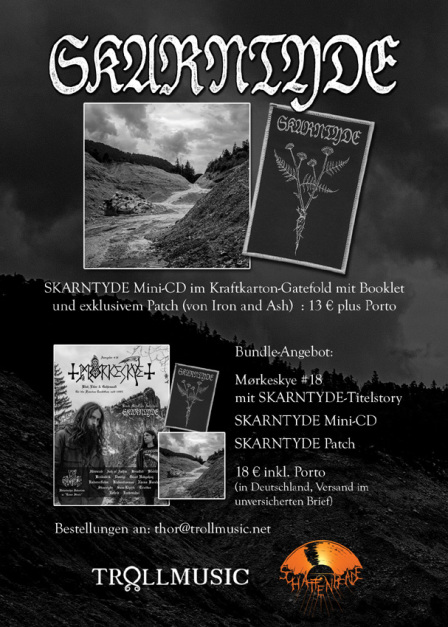 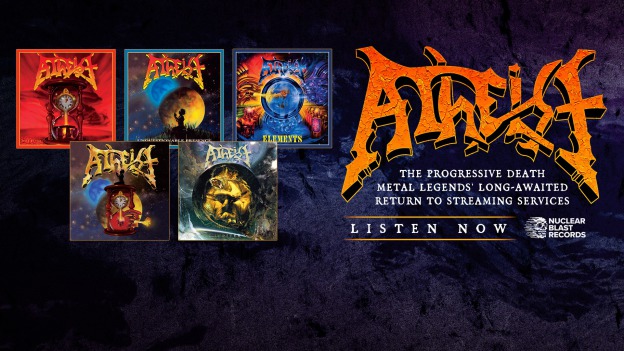 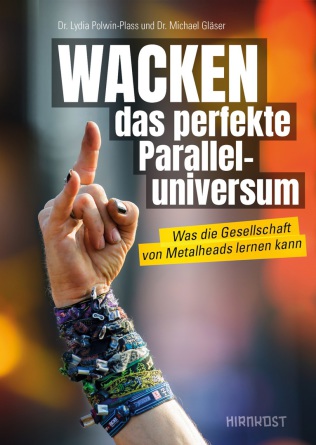 And don't miss us on your own year-end and holidays lists!

UNCUT raves: "Heavy on dry ice and bathos, this evocative oral history of the new wave of British heavy metal gawps in wonder at the monsters of post-punk, sub-sabbath English rock. The Sounds-sponsored ‘NWOBHM’ launched the colossal careers of Iron Maiden and Def Leppard, but Hann strikes gold with the less-told sagas of smalltown superstars like Diamond Head, Venom, and Witchfynde.”

Between 1978 and 1983, Great Britain spawned a DIY uprising of over 500 heavy metal bands. Many soon became the household names of the 1980s metal invasion…many others did not. For the first time, author Michael Hann captures the whole nose-to-tail story of the New Wave of British Heavy Metal in all its power and glory, exploring the bands, clubs, radio, magazines, festivals, and the majesty and misfires of the NWOBHM in over 100 interviews with members of Venom, Def Leppard, Iron Maiden, Diamond Head, Angel Witch, Samson, UFO, Tygers of Pan Tang, Vardis, Judas Priest, Saxon, Whitesnake, Girlschool, Witchfynde, Demon, Thin Lizzy, Rainbow, Gillan, Led Zeppelin, and more.

“Denim and Leather captures a moment in time and a genre of music that had a brief moment in the sun. The book is an honest portrayal, directly from the horse’s mouth.”—Phil Collen, Def Leppard

“Succeeds brilliantly in demonstrating why the NWOBHM is historically interesting. And the book also does something special: it makes the NWOBHM lovable.”—The Quietus

“Entertaining and informative…The book is often funny, and even ribald. There’s more than enough here to make this exhaustive labor of love the equal of other standard-bearing oral histories such as Everyone Loves Our Town and Please Kill Me.”—Kerrang! 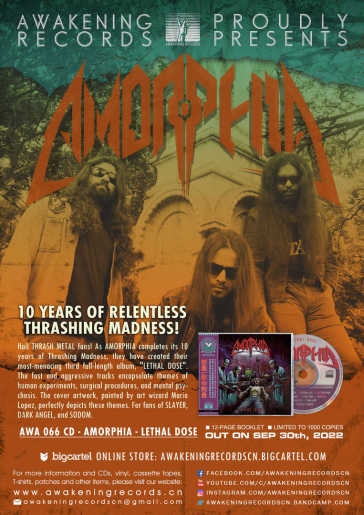 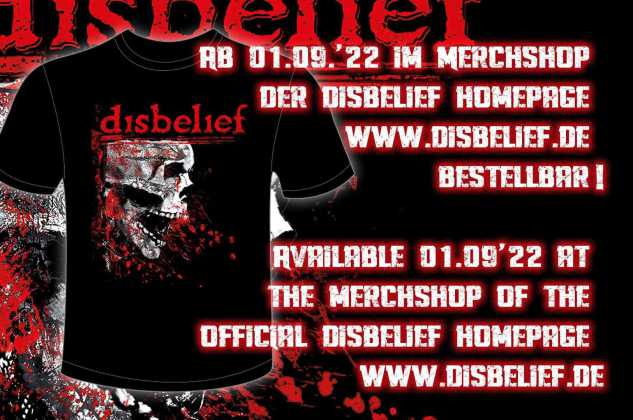 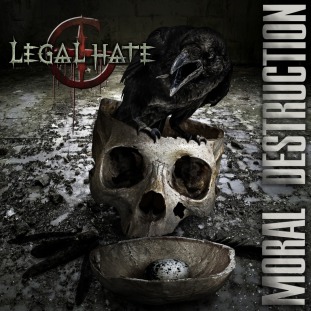 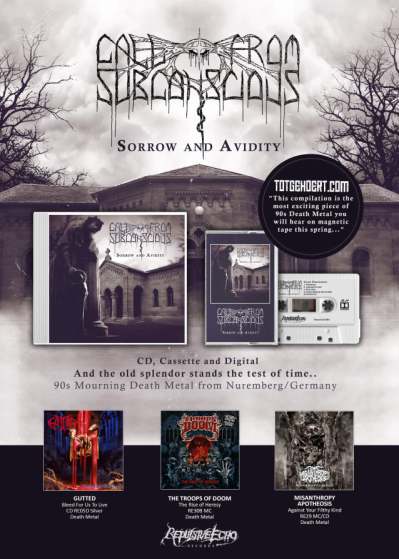 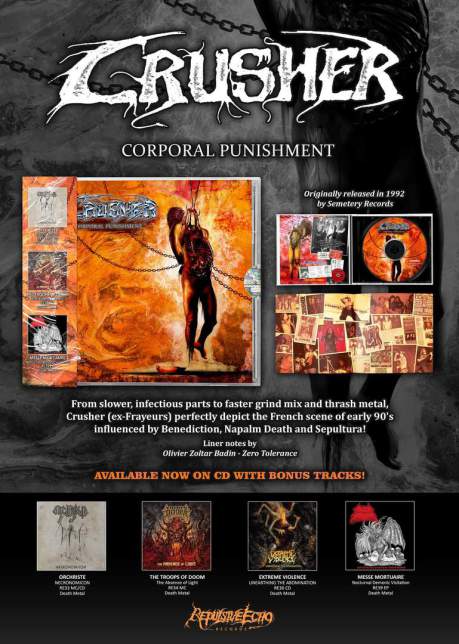 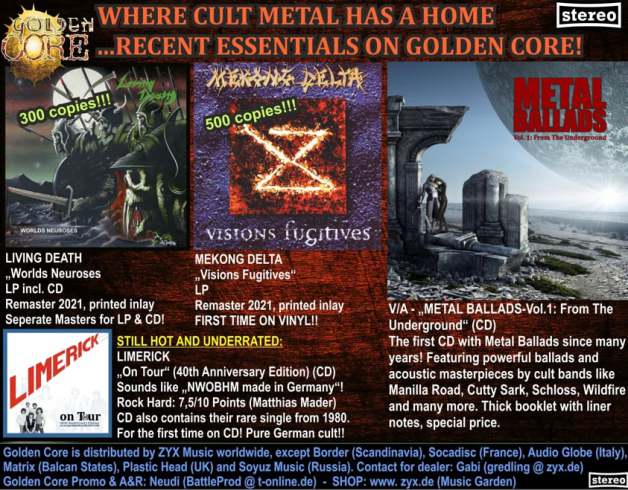 Left to Die is a new band featuring classic Death members Terry Butler (Obituary et al) and Rick Rozz (ex-Massacre) paired with Gruesome founders Matt Harvey (Exhumed et al) and Gus Rios (ex-Malevolent Creation). The Florida-based band is currently writing an EP and planning a summer US tour, performing the classic Leprosy album in its entirety, along with cuts from Scream Bloody Gore.
Terry Butler had this to say about how the band came together: “After the recent Chuck Tribute shows that Matt, Gus, and myself did, Rick posed the question "Would anyone would want to see some Leprosy shows ?" With a resounding “yes!” the masses had spoken. Matt & Gus threw their hats in immediately and in my opinion they were the only real choice to bring this thing to life !! Left To Die coming your way soon !!”
Rick Rozz added “It’s going to be an absolute honor and pleasure to play these 34+ year-old songs on stage with Terry after all these years, along with the talents of Matt and Gus - it’s gonna be brutal!”
Matt Harvey and Gus Rios were both very excited about the project coming together. Harvey reflected “When Gus and I started Gruesome as a Death tribute, we never thought that it would lead to us playing some of our favorite songs alongside the guys that recorded them, but here we are - and I couldn’t be more stoked!”
Gus went even further to say “When Rick contacted me about his idea I was immediately on board, since Leprosy is not only my favorite Death album, but my favorite Death Metal album of all time! I’m very grateful and stoked that Terry and Matt were also on board - the metal will flow this summer!”
facebook.com/lefttodiedeathmetal
Instagram @left_to_die_official
Booking: Ron Martinez for Crawlspace booking ron@crawlspacebooking.com 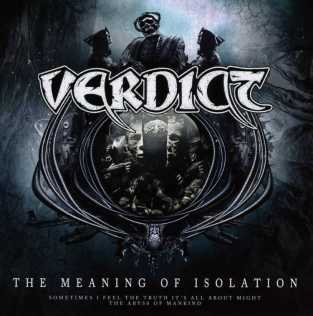 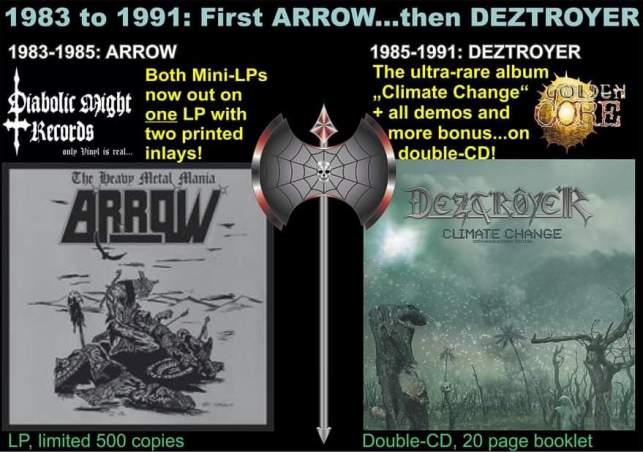 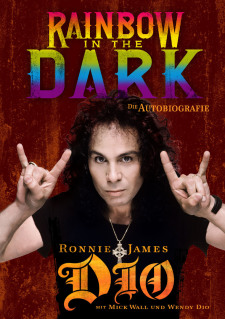 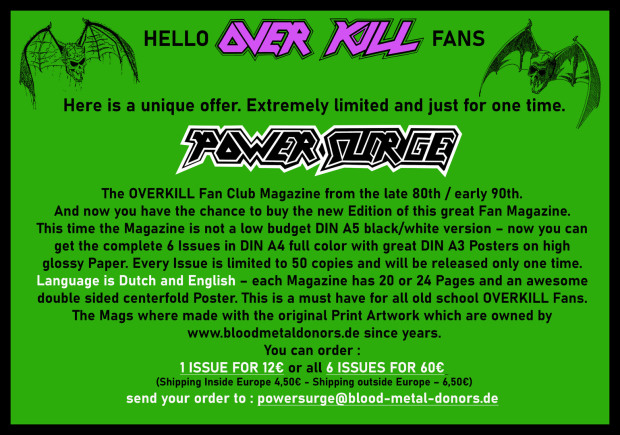 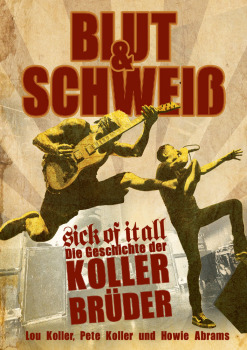 Sick Of It All: die Autobiografie der Koller-Brüder erscheint am 26. Februar 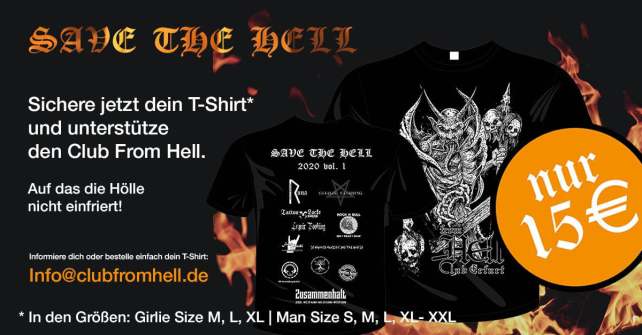 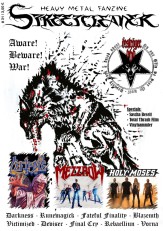 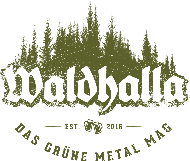 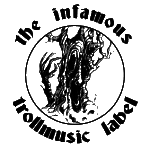